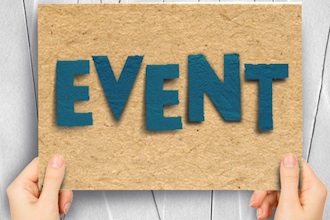 For many around the world, the briefings of the World Health Organization (WHO) provided crucial information on the emerging crisis. A key moment came when the WHO declared a global pandemic. On March 24th, the UN Secretary-General called for a ‘global ceasefire in all corners of the world’ and argued that ‘the fury of the virus illustrates the folly of war’. Furthermore, responses to COVID-19 illustrate great cooperation and solidarity on the one hand, and evidence of emerging nationalism on the other.

In this WebDebate, we will take a look at multilateral diplomacy in the times of COVID-19 in three main steps: 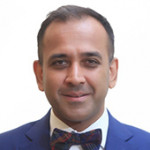 Amb. Umej Bhatia is Singapore’s permanent representative to the UN Office in Geneva. He joined the foreign service in 1996 and has served in various capacities on issues covering Southeast Asia, the Middle East, and the UN in the ministry’s headquarters. He served overseas as first secretary in Singapore’s Permanent Mission to the UN in New York, from 1999 to 2003; and as an alternate representative for Singapore on the UN Security Council from 2001-2002; as Singapore’s consul-general in Dubai from September 2011 to December 2012; as Singapore’s first resident ambassador to the United Arab Emirates from January 2013 to December 2016; and, as director-general in the Middle East, North Africa, and Central Asia from January 2017 to May 2019. 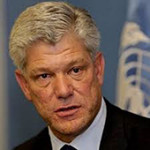 Fabrizio Hochschild-Drummond is special adviser to the UN Secretary-General on the Preparations for the Commemoration of the United Nations’ 75th Anniversary. He has been serving as assistant secretary-general for Strategic Coordination in the Executive Office of the Secretary-General since 2017. Prior to that, he served as deputy-special representative for the UN Multidimensional Integrated Stabilization Mission in the Central African Republic (MINUSCA) in 2016; as UN resident coordinator, humanitarian coordinator and resident representative of the UN Development Programme (UNDP) in Colombia from 2013 to 2016; as director of the Field Personnel Division in the UN Department of Field Support, New York from 2010 to 2012; and, as chief of Field Operations and Technical Cooperation in the Office of the High Commissioner for Human Rights (OHCHR), Geneva from 2005 to 2009. 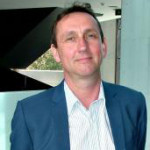 Dr Owain Williams is a senior research fellow at the University of Leeds (POLIS). He is a former fellow at the University of Queensland School of Public Health and the Centre for Health and International Relations, the Department of International Politics at Aberystwyth University, UK; he is an expert on the politics and political economy of health policy, and on intellectual property rights and access to medicines; he worked for the UNDP as a consultant on this area in 2014; and, he has published on access to medicines and global health governance, and new actors in health. His work includes, with Adrian Kay (eds.) Global Health Governance: Crisis, Institutions and Political Economy (Palgrave 2009); Partnerships and Foundations in Global Health Governance with Simon Rushton (eds.) (Palgrave 2011), New Political Economy of Pharmaceuticals in the Global South (Palgrave 2013); and The Transformation of Global Health Governance (Palgrave 2014).

Join us on Tuesday, 7th April at 8 am EDT

The WebDebates on the future of diplomacy are live streamed on the first Tuesday of every month. They are organised by Diplo within the framework of the International Forum on Diplomatic Training (IFDT). Learn more about our series of WebDebates.

If you form part of a dynamic circle of practitioners in your community, we encourage you to establish a diplomatic hub to follow the WebDebates and to facilitate discussions.